Christian was born in 1996 in San Giovanni Bianco (BG) – Italy, a small town in the province of Bergamo, near Milano.
After spending his growing years between music and sports, he started studying acting in 2018. He obtained a diploma in Acting for Film and Television at Accademia Artisti in 2019. That same year he had his first credited role, in “The Carpenter” that is on the major streaming platforms such as Amazon Prime Video, Apple TV +, Google Play Film and Chili. 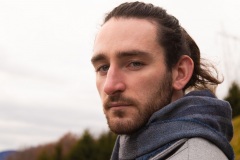